Mortgage Rate Madness: They’re Up, They’re Down, Where Will They Land? 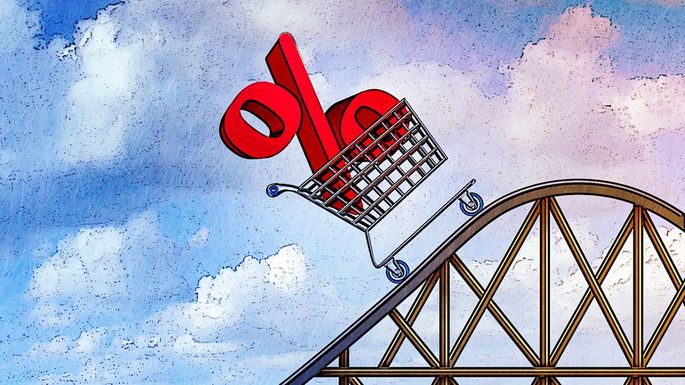 This is a great article by Clare Trapasso of the realtor.com, about Mortgage Rate Madness.

With the economy in near shambles, layoffs becoming widespread, and more of the country under orders to shelter in place to stem the spread of the coronavirus pandemic, historically low mortgage interest rates were one financial bright spot.

Both homeowners seeking refinances and home buyers will likely be disappointed by rates that have fluctuated wildly in recent days—by the hour in some instances. That kind of volatility is unprecedented, and makes it more difficult for borrowers to lock in a low rate, say experts. And mortgage rates have surged upward despite the Federal Reserve slashing short-term interest rates.

Rates increased by more than a full percentage point from a low of 3.13% on March 2 to 4.15% on Friday, according to Mortgage News Daily. Some lenders are reporting rates in the mid-5% range.

Mortgage rates are “the most volatile they’ve ever been, by a wide margin,” Matthew Graham, chief operating officer of Mortgage News Daily, told realtor.com®. “The craziness of today and this week cannot be overstated.”

That’s likely to frustrate borrowers looking for the silver lining amid the COVID-19 catastrophe.

“Rates are moving so much that there’s no guarantee … you’ll get a rate that you just saw advertised,” says realtor.com® Chief Economist Danielle Hale.

Why mortgage interest rates are on a roller-coaster ride

Typically when the economy is struggling, mortgage rates fall. But there’s nothing typical about this period. And there are several financial reasons that rates are seesawing so wildly.

First, it’s a reaction by lenders to the overwhelming throngs of homeowners who have been looking to refinance their mortgages when the rates bottomed out earlier this month. The gold rush was understandable: Some homeowners were able to save themselves hundreds of dollars a month and tens of thousands of dollars over the duration of their 30-year loans after refinancing at lower rates. But the hordes of people looking to lock in such deals turned out to be more than some lenders could handle. Many hiked up their rates to slow down the process,

But the bigger driver of the volatility involves mortgage-backed securities in the secondary market. After lenders make a mortgage, they typically don’t want to hold on to it because it ties up money they could be using to make new loans. So they sell the mortgage loans, which are bundled into a collection of mortgage-backed securities (aka mortgage bonds), to investors in the secondary market.

Still with us? Investors view mortgage -backed securities similarly to U.S. Treasury bonds. They’re both typically safer, less lucrative investments than the stock market. So with the stock market hurting, investors have traditionally turned to bonds. But now there is a glut of bonds on the market, thanks to the deluge of refis and the federal government issuing more bonds to fund economic stimulus measures. So bond prices are low.

“The mortgage market is in absolute CHAOS!” Graham wrote in a recent article. “Coronavirus has created an unprecedented situation for the entire rates market (not just mortgages, but U.S. Treasuries and everything else).”

But the problem is that many skittish investors want to keep their money more liquid during an unprecedented health and economic crisis—instead of locking up their cash for multiple years.

So as the stock market seems to be changing by the minute, so are mortgage interest rates.

“People want flexibility right now because things are different today than they were a couple of weeks ago,” says Hale. “When you don’t know what’s going to happen, holding cash gives you flexibility.”

Longtime mortgage lender Don Frommeyer is advising his clients to apply for a refinance or purchase loan and get their paperwork in now. That way once rates fall again, they’re ready to lock in a low rate. Rates at his company, CIBM Mortgage, in Indianapolis, were at 5.5% as of Friday.

“The rates should really be down somewhere in the low 3% [range], and they’re in the 5% range,” says Frommeyer. “I’ve been in the mortgage business 45 years, and this is the first time I’ve seen it crazy like this.”

But buyers and homeowners should also realize the chaos is unfolding in real time.

“Be prepared to be a little bit flexible because things are moving so quickly now,” says Hale. “It could be days, it could be weeks, it could be months before it makes sense for you to refinance.”

And folks shouldn’t forget about the fees involved in a refinance. They average about $4,345 nationally, depending on the size of the loan and the lender, according to ValuePenguin, a consumer spending information website.

When things will calm down and stabilize is anyone’s guess.

“The rates should really be down somewhere in the low 3% [range],” says Frommeyer.

“While we can logically conclude that a massive economic recession should coincide with very low rates, there’s too much uncertainty,” Graham wrote. “As for how long it takes rates to get back to where they ‘should’ be, it’s impossible to know.”