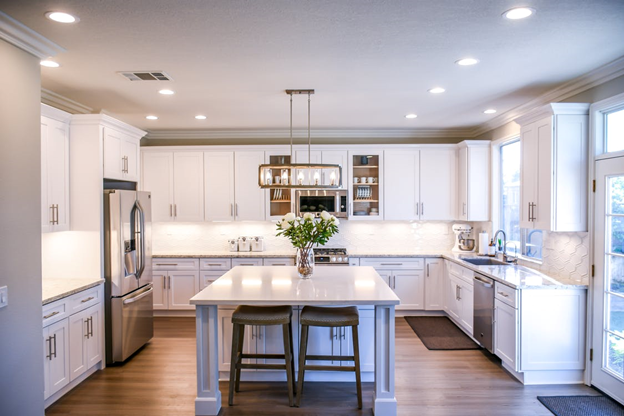 Pending home sales in the U.S is a leading indicator of the health of the housing market. This summer the metric reached a new record — further evidence that housing has been a bright spot in the economy during the COVID-19 pandemic.

Realtor.com’s September housing data release reveals that an active summer market has officially spilled over into a typically slower fall season. Homes are sold at an increasingly fast pace when compared to last year, and prices remain at all-time-highs into September. Inventory continues to be constrained by stronger than normal buyer demand and little new inventory.

·         The inventory of newly listed properties declined by 13.8% nationally over the past year.

·         Nationally, the typical home spent 54 days on the market in September, 12 days less than the same time last year, and three days less than last month. This is the first time in our records that homes sold more quickly in September than August, and signals an unusually active fall market.

Inventory of Homes for Sale Continues to Hit Historic Lows

Nationally, the inventory of homes for sale decreased 39.0% over the past year in September, a faster rate of decline compared to the 36.4% drop in August. This amounted to 529,000 fewer homes for sale compared to September of last year. The count of newly listed properties in September also decreased by 13.8% since last year, a decrease from the 11.8% loss last month. With no improvement to tight inventory conditions in sight, it is going to continue to be difficult for buyers to find their perfect home this fall season, while sellers who face little competition amongst each other may find selling their home easier this fall season than is typical.

Pending home sales, based on contract signings, rose 8.8% in August from a month ago, far surpassing analysts’ estimates of a 3.1% increase, according to Bloomberg. It marked the fourth straight month of increased activity and exceeds pre-pandemic levels. Pending home sales increased 24.2% from the same month a year ago, according to the National Association of Realtors, noting that pending home sales transaction rose in all four regions of the country. The results follow record existing and new home sales results for the month.

“Tremendously low mortgage rates – below 3% – have again helped pending home sales climb in August,” said Lawrence Yun, NAR’s chief economist, in a press statement. “Additionally, the Fed intends to hold short-term Fed funds rates near 0% for the foreseeable future, which should in the absence of inflationary pressure keep mortgage rates low, and that will undoubtably aid homebuyers continuing to enter the marketplace.”

But Yun warns that these deals may not necessarily result in actual sales because not all contract signings close. And he adds that the shortage of inventory could spell trouble for sales activity.

Pending home sales is “in line with the upward swing in MBA’s data since June on purchase mortgage applications,” said Joel Kan’s, Mortgage Bankers Association, assistant vice president of economic and industry forecasting, in a press statement. “As home buyers continue their search this fall, one headwind remains the insufficient number of listings for sale.”

As per realtor.com, the median national home listing price grew by 11.1% over last year, to $350,000 in September. This is an acceleration from the 10.1% growth seen in August. The nation’s median listing price per square foot also grew by 13.9% compared to last year, an acceleration from the 11.9% growth seen last month. Listing prices in the nation’s largest metros grew by an average of 9.3% compared to last year, an increase from the 8.9% gain seen last month. Among the largest 50 metros, prices are increasing most in northeastern markets, where they are now growing at an average rate of 12.8% over last year, compared to a growth rate of 10.9% for midwestern metros, 8.7% for western metros, and 7.2% for southern metros.